My son had been in an after-school robotics class for the last ten weeks and they were doing a “big presentation” on the last day of class. My son, who struggles in school, was excelling in robotics and was eager to show what he’d learned.

It turns out it was on the fourth floor.

When I got in touch with the woman who coordinated the robotics program, she apologized and said she’d be happy to have the instructor take pictures for me. “How does that sound?” she asked.

How did that sound? It sounded sad, but familiar.

Almost thirty years after the Americans with Disabilities Act (ADA) was passed, accessibility in schools is often more the exception than the rule.  In New York City, where I live, as of September 2018 there were 1,840 schools within the Department of Education (DOE). Of these, only 26% of schools are deemed fully accessible, meaning that it has no barriers to access for a persons with mobility impairments.

On the bright side, changes are being made. In 2018, NYC allocated 150 million dollars for school improvements to accessibility and based on urging by NYC based advocacy groups such as ARISE (Action for Reform in Special Education) and PIE (Parents for Inclusive Education). On May 23 of this year, the city approved funding in the 2020-2024 School Construction Authority (SCA) Five-Year Capital Plan by an additional $750 million dollars.  This would still only “ensure that at least one-third of schools are fully accessible.”

To see why increasing accessibility is important, it’s critical to look at what happens when it’s not. If a student’s zoned school doesn’t meet their accessibility needs, they will be re-zoned to a school that does.  While this allows them to go to school, it doesn’t guarantee a school in their neighborhood, let alone their district. Many argue that sending kids off to another neighborhood doesn’t match up with the Individuals with Disabilities Education Act (IDEA), which mandates providing students with the “least restrictive” environment possible because students are distanced from their local community and parental involvement in their school becomes particularly challenging.

Families choosing schools often struggle with knowing how a school meets their accessibility needs. Until recently, schools were categorized as fully accessible, not accessible, or partially accessible. But there’s a huge range within “partially accessible.” Advocacy group ARISE approached the DOE with the concern that there wasn’t enough information about what partially accessible schools looked like and offered to a person with physical disabilities.  The DOE listened and worked with them to collect and organize more information.  Now, according to the DOE, “All schools are currently being reviewed using a new, 10-point scale that is designed to provide more information for families on the different accessibility features of a school.”  To see why this is so important, compare two schools classified as “partially accessible.”  A school rated as a 3 is one with ground floor access, at least one accessible bathroom and classroom on the ground floor and general ground floor access, possibly limited by changes in elevation.  In contrast, a building earning an 8 might have some non-accessible areas but an elevator service to all the floors with all public assembly areas accessible. A person with disabilities then would have access to classrooms and bathrooms on multiple floors. These two environments would provide very different experiences for students.

And while things are bad for students, parents with disabilities are often not even considered.  In NYC alone, there are 116,000 parents who identify as having a “mobility impairment” or “daily activity limitation.” In New York State, this number jumps to 268,000.

Ostensibly, the ADA should ensure parents with disabilities aren’t prevented from taking part in school activities, but that’s not quite the case. According to the DOE website, if a parent or family member requires an accommodation to attend an event that isn’t accessible, they should “contact the school’s principal to request an accommodation.” If that doesn’t work, they can “reach out to the accessibility coordinator,” though there’s no guarantee an accommodation can be made. In my experience, I didn’t even receive a response.

Attending a single event is one thing but active parental involvement takes place on an ongoing basis. 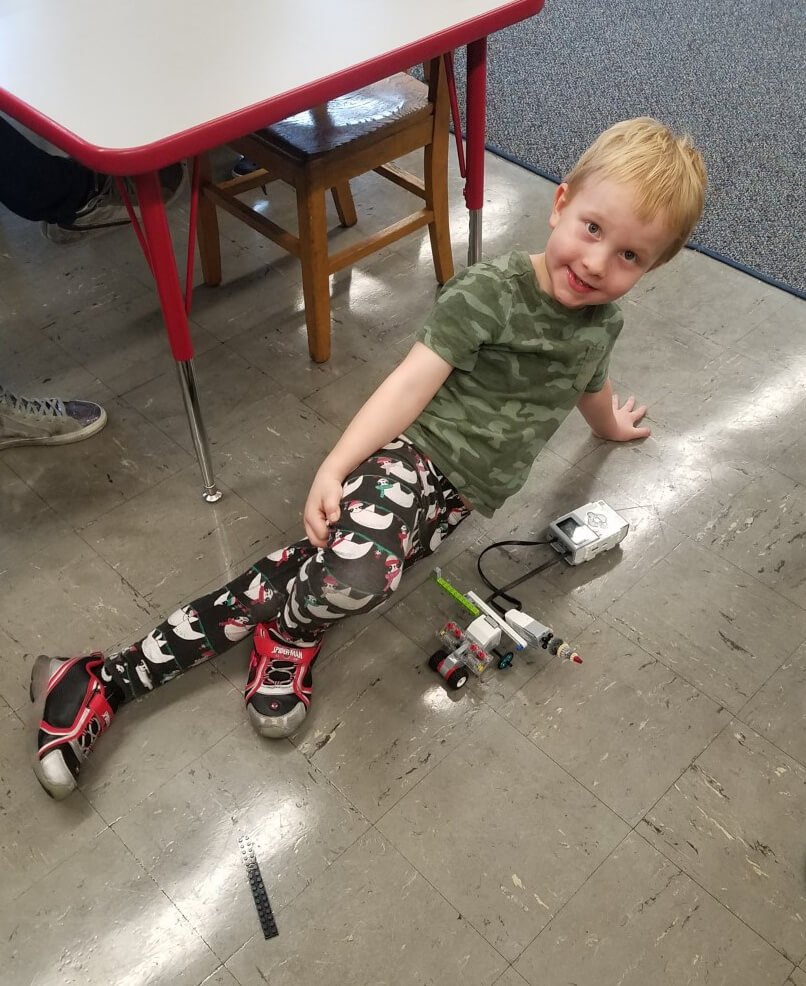 Higher parental involvement in a child’s education has been consistently correlated to increased student performance and better student-teacher relationships. While parental presence at school events takes a back-burner to involvement at home, the two are clearly connected.

A recent study by Karen L. Mapp, president of the Institute for Responsive Education, indicated that when parents felt welcomed into a school and connected to the school community it created meaningful relationships between school and parent and led to more active involvement. She also found that parents who were more involved in the school were better able to support students at home and were “more directive, more focused, and more in line with the types of work being done at the school.”

Access to school is clearly important but for parents with disabilities, it’s not easy. In my children’s elementary school, the only accessible parts of the school are the cafeteria and the auditorium, and that’s if they lay a ramp down over the front step. I’m thankful for the many opportunities my school provides to bring parents/guardians into the classroom, from family mornings, to open school nights, to celebrating a child’s birthday, and more.  But if I can’t get to them, they don’t do much for my family, except highlight my absence. Being unable to participate freely leaves me feeling like an outsider and leaves my children at a disadvantage.

I am not alone in this. Lawyer and parent, Naomi Abraham, has a prosthetic and uses crutches. “My daughter’s whole school is on the fourth and fifth floor,” she shared, explaining that the school tries to accommodate by setting up a parent-teacher conferences on the first floor but for events that take place in the classroom, she must decide if she wants to try to walk up all those flights of stairs.  Once, on the trip up, she injured herself but still makes the effort for her kids. “Anything that’s important, I’ll be there, but it’s tiring.”

Gail Orlando-Medina, a counselor at New Directions, is a wheelchair user and partially paralyzed. A parent of a first-grader, she explains that even though much of her daughter’s school is accessible, the entrance itself is a barrier because there are a lot of step-ups. “I do parent-teacher conferences over the phone because it’s too uncomfortable to try to get there. I can’t move my wheelchair over things on my own.” While she appreciates the teachers providing the phone option, not being able to “meet the teachers face-to-face or attend activities at school,” is still a loss.

In addition, the current structure, puts all of the onus on parents with disabilities to seek accommodations. NYC DOE employee Angela Herrera, who is herself a parent with mobility issues, shared, “I work with several parents who have lupus. During winter months it’s nearly impossible for them to come to the school,” Herrera shared. “I’ve seen administrators become frustrated when parents can’t make it to the school and not really taking it into account that these conditions affect people on different levels.” In addition, Herrera explained that in her experience, more marginalized parents such as newcomers or working class parents are often the most reluctant to ask for help.

A consistent message shared by advocates and employees alike is that there’s a great need for teachers and administrators to develop a greater sensitivity to the needs of individuals with disabilities, a greater awareness of how disabilities affect student and parent engagement, and a toolbox on how to reach out. This sentiment is echoed by students with disabilities. Student advocacy group ASAP (Accessibility Students’ Advisory Panel) created a top ten priority list for changes they would like to see in schools.  Only four items were architectural while the remaining six were social/programmatic.

The budget increase in NYC is a great step in the right direction because more fully accessible buildings are absolutely essential in creating educational opportunities for students, teachers, and parents with disabilities. But for true change, accessibility and inclusion should not end at the curb. As more school doors open for individualities with disabilities, the inside needs to be as welcoming as the ramp up.

Heather Osterman-Davis is a writer, parent and spoonie living in NYC. Her writing may be found in Time; Slate; Creative Nonfiction; The Mighty; Brain Child; Literary Mama, and Healthline among others. She’s also co-writer of award-winning short film, Tell-By Date. You can find her on Twitter @heatherosterman

One response to “Who’s Missing From Conversations About School Accessibility? Disabled Parents.”