Sam Dylan Finch got his start in activism after he survived a suicide attempt at age eighteen. He began by performing music he wrote about mental illness, stigma, and abuse at local rallies. “I found that, by being visible as a survivor, people were able to step forward and share their stories, too,” he says. “My music was creating a sense of safety. That’s where I first learned the power of radical vulnerability.”

Although Sam’s current work focuses more on storytelling and community-building than music, the social justice framework is still there. And a lot of the work he does now still focuses on mental health and trauma, particularly as it impacts queer and transgender people. Sam has worked as an editor and journalist for platforms like Everyday Feminism, The Body Is Not an Apology, RESIST Media, and most recently, Upworthy. His work has been published by outlets including The New York Times, The Huffington Post, Rewire, The Establishment, Wear Your Voice Magazine, and many more.

He’s also well known for his blog, Let’s Queer Things Up! (LQTU!), which he founded in July 2014. Sam started LQTU! right after moving across the country to San Francisco, California for graduate school. “Naming the blog ‘let’s queer things up’ meant that I was ‘queering’ every topic that I tackled,” Sam explains.

“My queer identity is inseparable from every experience I have.”

Let’s Queer Things Up! quickly went viral, amassing worldwide readers and ushering Sam into the spotlight. He believes it had to do with the cultural moment at the time—that we were in what has come to be known as a personal essay boom, when the Internet and readers rewarded marginalized folks for being vulnerable, often by hashing out our trauma in public ways. Many other marginalized people who broke into the industry in similar ways didn’t later become editors, as Sam has, and continue to struggle in placing their work with paying publications.

“I became an editor because there’s a very distinct lack of diversity in editorial roles, which means the playing field is uneven and will continue to be until we get marginalized folks higher up on the ladder,” Sam says. “I’m trying to push back on an industry that, for too long, has had editors that are simply not a reflection of the communities they’re reporting on.” 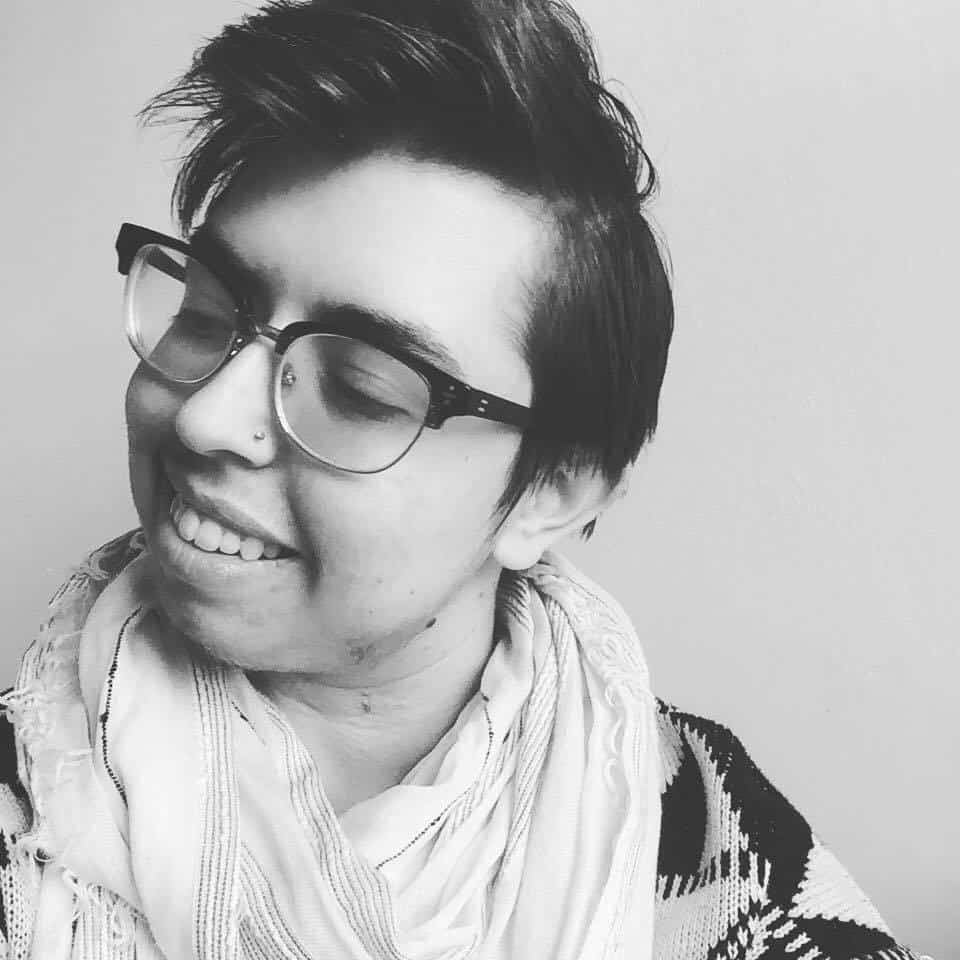 In the upcoming year, Sam wants to expand the vision for LQTU! and reach more people who need gentleness and affirmation, particularly those who experience stigma due to mental illnesses. As someone who has obsessive compulsive disorder and borderline personality disorder, Sam believes in not only talking about what’s challenging about life with these disorders, but also affirming, uplifting, and inspiring people.

“No one teaches us how to take care of ourselves, how to combat all the internalized garbage that our society is teaching us about ourselves and our identities,” he says. “I’m a happier person than I was—maybe the better way to describe it is more whole—and I think sharing the tools, insights, and affirmations that have helped me get to this place is something I want to focus on.”

In all of his work (as well as his personal life), Sam practices radical vulnerability; he’s open and honest with his readers, showing them insight into messy parts of his journey.

“Radical vulnerability is an antidote to a landscape that tries to obscure our stories and our experiences,” according to Sam, and it’s important for people to be able to see stories that mirror their own in digital media.

Readers are following Sam in real-time, through things like his mental illness diagnoses, transitioning, and self-care as an activist. Sam says the process has been surreal, particularly because he started his blog without thinking twice about how honest he was being in his writing, and he says, “They get to watch someone’s process, their struggle, and learn along with me.” It does get weird at times; his current therapist read his blog before they ever worked together, and Sam has gone out on dates with people who knew more about him than he did about them.

One of Sam’s goals is to write a memoir. He knows that his is a story that would require more nuance than a blog post (or even a series) would have space for, and that the full story is complicated and messy.

“We so rarely get books like that, people like me—queer/trans, mentally ill, traumatized—in their full humanity,” Sam says. “Even if the picture isn’t always flattering, even if the picture is sometimes scary or difficult to swallow, that’s exactly the reason why I want to tell it. Particularly as someone with borderline personality disorder, my humanity is denied all the time.”

Sam gets emails and messages regularly from readers who have connected positively to his work, and he’s most gutted when folks tell him they’re choosing to stay alive because something he wrote offered them hope. “I want to break this cycle of queer/trans and mentally ill youth coming up in the world, questioning if they should be here,” he says. “You do belong here. And more than that, we all have value, inalienable and undeniable worth. Every single time someone tells me that I’ve made them feel that, even for just a moment, is the greatest honor I could ever imagine.”