Denarii Grace believes that an artist should reflect the times, and that’s what she does as a blues singer-songwriter, poet, aspiring screenwriter, and freelance writer.

“We have a responsibility to be truth tellers, speak to our people(s), and create visions for liberation,” she says.

Denarii has been an activist for ten years, starting when she was a queer student leader in undergrad at Rutgers University-New Brunswick. Her first role in activism was as the secretary of a student organization for LGBTQIA2S+ Black and Indigenous people and people of color (BIPOC). She’s dedicated to making sure that BIPOC are represented and safe queer spaces, which is important to her as a self-identified Black woman who is femme; fat; physically, mentally, and learning disabled; poor; and brown-skinned.

Through her many forms of creation, Denarii practices activism. She has been working on her singing, songwriting, and performance this year, and her goal is to get into a studio by the end of the year. “I’m hoping to make my first music video (or two) next year, once tracks are laid down and finished,” she says. She would also like to book more speaking opportunities at universities and conferences, and wants to move toward financial independence and move out of her mom’s apartment and into her own space. 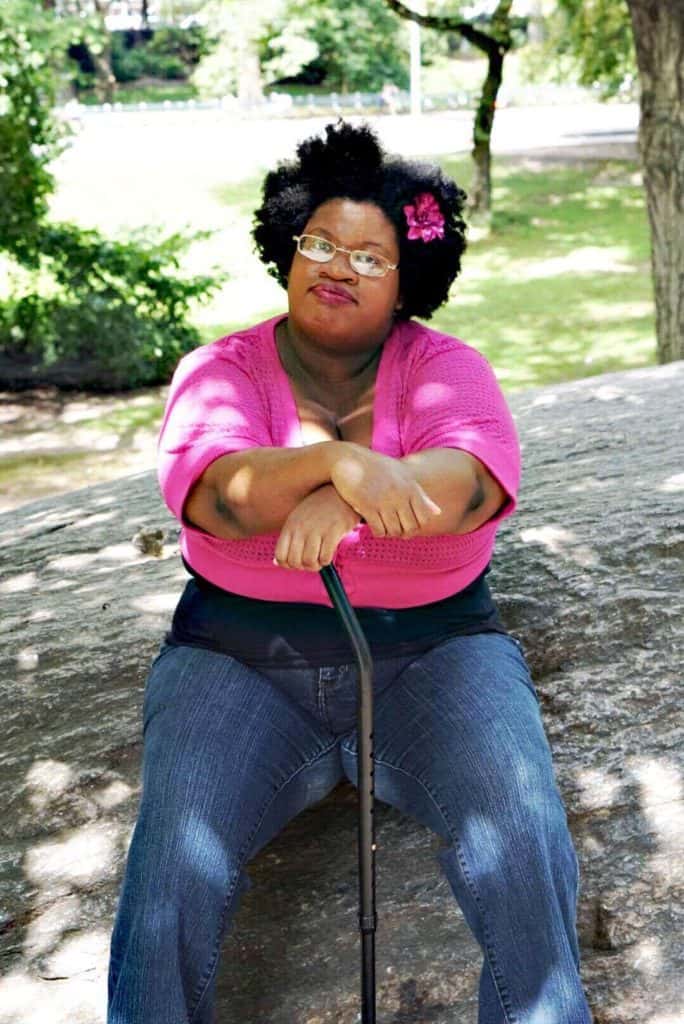 Right now, she’s working toward her next show, which is scheduled for February 2, 2018 in Manhattan. Her shows usually include original music, poetry, and essays, and she works hard to make sure they’re financially and disability accessible, including hiring an American Sign Language interpreter.  “I really love the intimacy of a small show,” she says. “I love really feeling like I’m connecting with people, because that’s why I’m here. I like being able to chat with folks afterwards and learn who my audience is and what they’re bringing into the space. I love seeing folks’ reactions, whether it’s laughter or somberness.” Denarii regularly hosts Facebook Live chats where she intertwines musical performances with answering activism and social justice questions.

Denarii believes that art is one way for marginalized people, especially those who are multiply marginalized as she is, to feel affirmed and seen. We all need to be honest about where our talent and passion lies, she says, and then find a way to carve out space for ourselves in the world.

“Before I came out as bi, before I found fat activism, before I embraced my Blackness, the arts are what helped me survive,” “It’s important that we remain in the arts, creating our own spaces for innovation, intuition, and storytelling, so that a single narrative of what it means to live and love and laugh and have joy and feel pain and feel alone doesn’t continue to be portrayed as the only narrative.”

In addition to her music, Denarii is a board member for Bisexual Resource Center, where she’s involved in several areas, but primarily works as the blog editor. “I saw it as an opportunity to carve out space, as best as I can, for more visibility for Black, Indigenous, and other folks of color,” Denarii says. That’s one of her priorities in her work with BRC because BIPOC are so often underrepresented in bi+ spaces.

The thread that runs through all of Denarii’s work is freedom—freedom to exist as a multiply marginalized person, to create and share art, to educate, and to be seen and heard. “That’s what I hope people get from my work: a vision of freedom,” Denarii says. “I create work that thinks about what that looks like and why that liberation is necessary.”