“How would you like to work for two weeks, and come out with a $6 check?” That’s the reality for almost 250,000 Americans with disabilities who are paid below the minimum wage. Bottom Dollars exposes this exploitative system and offers solutions to end segregation and discrimination against workers with disabilities.

When the Fair Labor Standards Act passed in 1938, it included a revolutionary civil rights protection: a minimum wage. American workers could no longer be exploited for their hard work – with one huge exception. Section 14(c) of the Act included an exemption allowing some workers, people with disabilities, to be paid less than minimum wage.

In 2016, nearly 250,000 people are legally paid less than the minimum wage, on average, less than $2 an hour.  “Bottom Dollars” is an hour long documentary that exposes the exploitation of people with disabilities through personal stories and expert interviews. It also presents clear employment alternatives with competitive wages and community inclusion.

Do we want all people to have a shot at a job for fair pay in their own communities, or do we want some people to be separated, exploited and robbed of their chance to seize the American dream for themselves?

A free version of the Bottom Dollars documentary is available on our Bottom Dollars YouTube playlist. The playlist includes a promo and the full documentary split into individual chapters. Community members and organizations are welcome to screen this documentary for educational purposes, as long as participants are not charged an admittance fee.

2017 Dr. Jacob Bolotin Award from the National Federation of the Blind 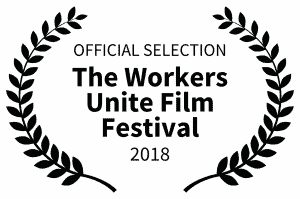