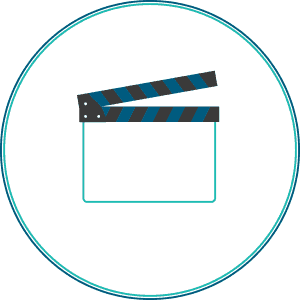 Through the Storytellers Series, people with disabilities script, direct, and film their own disability rights video with training, support, and equipment from Rooted in Rights.

Beginning in 2017, Rooted in Rights teamed up with the American Association of People with Disabilities (AAPD) to create a Disability Rights Storytelling Fellowship. During the six-month fellowship, the fellows create two Storytellers videos and participate in trainings on disability history, video production, and video chats with media makers. Read more on the fellowship. 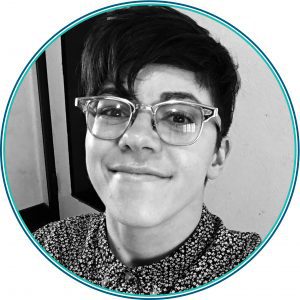 Carrie is already an accomplished writer and disability rights activist whose work can be found on Autostraddle, Everyday Feminism, Upworthy, and other outlets across the internet. She specializes in the intersections between disability, sexuality, and politics and has been a frequent guest on podcasts including Bad With Money, Yo! Is This Racist?, Sex Out Loud, RISK!, and Hot Mic. She is the accessibility coordinator for A-Camp and EVERYBODY Los Angeles, and has presented accessibility workshops for organizations throughout the United States.  Carrie’s Storytellers video- Did Love Win.  Carrie’s Storytellers video – Running Out. 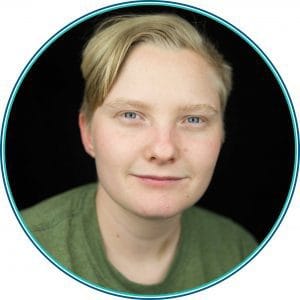 Daisy Wislar (they/them/theirs) is a queer and disability rights activist based in Boston who is passionate about the intersection of sexual rights and disability. They recently graduated from Bowdoin College with a degree in Sociology and Gender, Sexuality, and Women’s Studies, and wrote an award-winning thesis titled “‘What’s it like to be a lesbian with a cane?’: A Story and Study of Queer and Disabled Identities.” They previously interned at the Equal Rights Center in Washington, DC, where they assisted with the organization’s efforts to advance and protect the civil rights of people with disabilities. Daisy has also worked at various non-profit organizations specializing in affordable housing, community development, and food insecurity. When they aren’t working in Boston, they can be found visiting their home states of Maine and New Jersey, drinking too much coffee, and/or making pancakes for dinner. 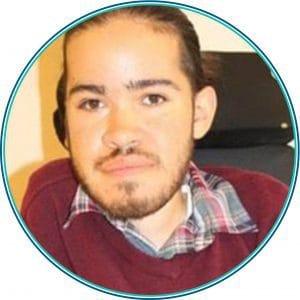 Jensen Caraballo is a disability rights activist who is passionate about the equality, civil rights, and freedom of people with disabilities. He is a member of a grassroots advocacy group called National ADAPT, where he engages in nonviolent direct action and civil disobedience. Jensen is also a member of the National Council on Independent Living (NCIL) and recipient of the 2015 Diana Viets Award for his dedication and commitment to improving the lives of young people with disabilities. Jensen’s Storytellers Video. 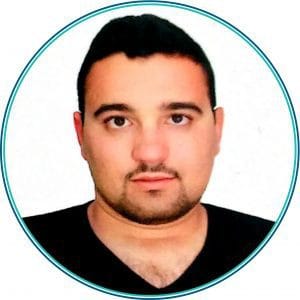 Arbi Chouikh obtained his Master’s degree in Decisional Computing and Intelligence Applied to Management, with a specialty in Decision Support, and is submitting for a PhD in Organizational Information Systems. He focuses on Computer Science and Technology and his research area is Electronic Government. Arbi has conducted research related to the new possibilities of co-production and co-delivery through social media of platforms for emerging public service interactions led by citizens. Moreover, Arbi has advanced experience in disability rights advocacy, outreach and inclusive policy design. In 2011, Arbi worked with the Tunisian Organization for Defense of Rights of Persons with Disabilities to advocate for the right to equal access to the society as a part of the Tunisian New Constitution of 2014. Arbi now works on local inclusive development, political participation, information and physical accessibility, web accessibility and more. Arbi’s Storytellers Video. 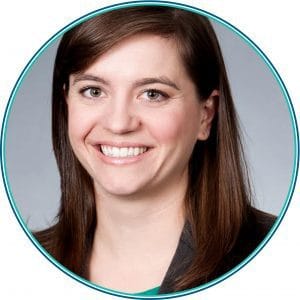 Emily’s leg was amputated when she was two years old because she was missing the fibula bone in her left leg. She always knew she wanted a career where she could help people and was drawn to the disability rights movement while on the Civil Rights Law Journal at George Mason University School of Law. Emily is now a staff attorney and program coordinator at Disability Law Colorado. She also serves on the board of two nonprofits – LIM359 and Cycle of Hope – and is an ambassador for Skirt Sports and their REAL women move campaign. In her spare time, Emily enjoys training for triathlons, reading, and spending time with her husband, friends, and cats.  Emily’s Storytellers Video. 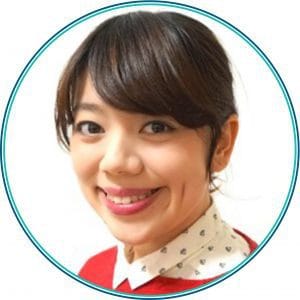 Mizuki lost her ability to walk since she was 2 years old and started using wheelchair since she turned 7 years old. She was born and raised in Kyoto, Japan. Despite her mobility impairment, she went to The University of Wisconsin River Falls in the U.S and received her B.S. in Communication Studies and International Studies. After returning to Japan, she worked with three companies in Tokyo and volunteered at a non-profit which publishes a magazine for women with disabilities. Now she is a Visiting International Research Fellow at Burton Blatt Institute in Syracuse University to research employment of people with disabilities. Mizuki’s Storytellers Video on Employment.  And her video on the Sagamihara Massacre. 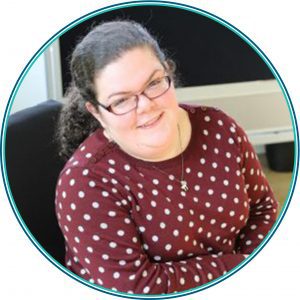 Emily Ladau is a passionate disability rights activist and digital communications consultant whose career began at the age of 10, when she appeared on several episodes of Sesame Street to educate children about her life with a physical disability. A native of Long Island, New York, Emily graduated with a B.A. in English from Adelphi University in 2013. She maintains a blog, Words I Wheel By, and her writing has been published on websites including The New York Times, The Daily Beast, Salon, Vice, and Huffington Post. Alongside her work as a writer, Emily has spoken before numerous audiences, ranging from a panel about the 25th anniversary of the Americans with Disabilities Act at the U.S. Department of Education, to the occupational therapy program at New York University. All of Emily’s activism is driven by her firm belief that if we want the world to be accessible to people with all types of disabilities, we must make ideas and concepts surrounding disability accessible to the world. Emily’s Storytellers Video on parents with disabilities.  And her video on the portrayal of people with disabilities in election ads. 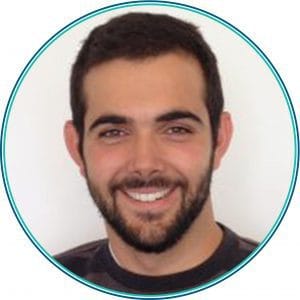 Alex Ghenis is a long time disability advocate residing in Berkeley, CA. During his time as a student at UC Berkeley, Alex was the President of the Disabled Students Union (DSU), an instructor in the Disabled Student’s Residence Program (DSRP), the Disability Access Coordinator Berkeley Student Cooperative, and a regular speaker on issues around disability and sexuality. After graduating in 2013, Alex started the New Earth Disability (NED) blog on climate change and disability and now works at the World Institute on Disability (www.WID.org) addressing government benefits, financial literacy, and climate change issues. He has had a spinal cord injury since age 16 and plans to keep working on activism well into the future.  Alex’s Storytellers video. 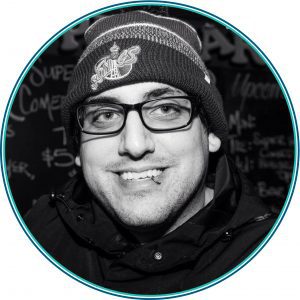 Noah Seidel is a disabled advocate who currently works at The Arc of Washington state as the self-advocate coordinator. Noah studied at the University of  Washington where he received a degree in Disability Studies, Political Science, and Comparative History of Ideas. Noah lives in Lacey Washington where he enjoys playing wheelchair basketball and reading comics. Click here for Noah’s Storytellers video. 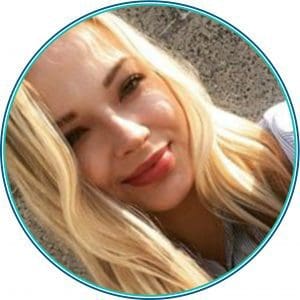 Hope Hoffman is a self-advocate for herself and others living with disabilities. Hope was born with Spina Bifida and uses ankle-foot orthotics (AFOs) to walk. Hope manages her blog CamoGurl, providing advocacy and support to other young women with physical disabilities. In 2015 Hope wrote and proposed legislation to the Minnesota state senate in effort to remove the term “handicapped” from accessible parking signs. Most recently Hope was appointed to the Young Women’s Initiative of Minnesota representing young women with disabilities.  Hope’s Storytellers video. 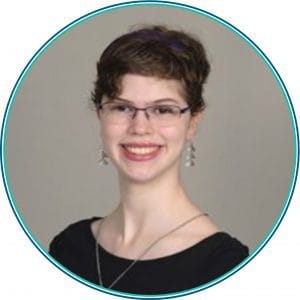 Maddie is a visually impaired high school student in Pennsylvania. She plans to attend college next year to study computer science and security. She also plans to get her Unified English Braille transcription certification and knows that she won’t stop advocating for herself and others with disabilities no matter where she ends up. Maddie enjoys playing with her rabbit, hanging out with friends, reading, and playing the French horn in her free time. Maddie was also recently selected to be PennLive’s Teen of the Week.  Maddie’s Storytellers video. 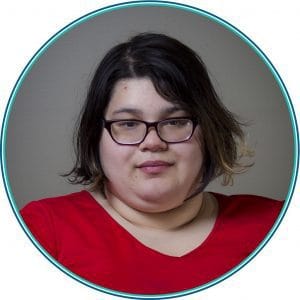 Yolanda Vargas, is currently employed with the California Foundation for Independent Living Centers as their Youth Organizer for their program Youth Organizing (YO!) Disabled and Proud. While championing disability justice and equity is part of her job, she also devotes time outside of work to various disability organizations as well, such as serving on the board of Disability Rights California, being part of the Working for Inclusive and Transformative Healthcare Foundations Self-Advocate Advisory Committee, co-chairing the NCIL Youth Caucus and actively contributes to the NCIL Rainbow Caucus. When you are the 8th of 9 children, you gotta work hard to stand out (pun intended as Yolanda is a wheelchair user with cerebral palsy and various mental health disabilities). She is also a proud Fat, Latinx, Bi/Pan woman. When she is not trying to save the world, she likes to listen to several nerdy podcasts about people playing tabletop games, three goofy brothers, and a creepy desert town.  Yolanda’s Storytellers video. 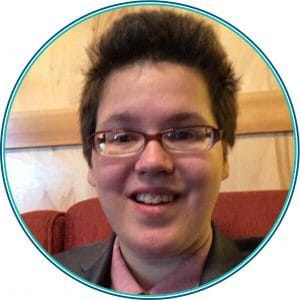 Ivanova Smith is a developmentally disabled parent who also works in the Washington Self Advocacy Movement. They work at The Arc of Washington as the SAIL Coordinator and advocates for policies that respect the civil rights of people with intellectual/developmental disabilities.  Ivanova’s Storytellers video. 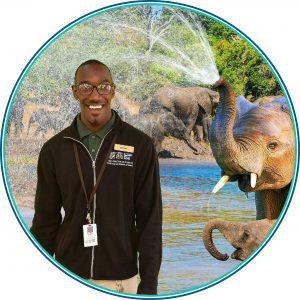 Wilbert Johnson is a Rooted in Rights Storyteller from New Orleans, Louisiana. In addition to working his dream job as a zookeeper at the Audubon Zoo, Wilbert is an advocate for people with disabilities. He was featured by the National Disability Rights Network for National Disability Employment Awareness Month and has shared his employment journey as a person with an intellectual disability through various community presentations.  Wilbert’s Storytellers video. 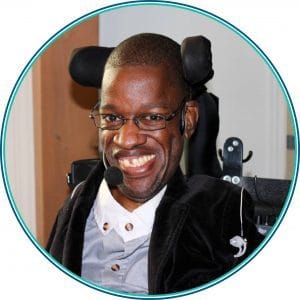 Paul has always been passionate about connecting music and community. Upon graduating from the School of Music at Concordia University, he received the university’s prestigious O’Brien Medal in recognition of his “ability to exemplify the values of the University within the larger external community”. His other creative accomplishments include co-founding the “United Tribulation Choir” with his brother, Gift, writing and publishing five books (with two books in progress), releasing an album, and creating over 100 compositions. His latest creative endeavor is his documentary, “Breaking Barriers”, which follows Paul as he pursues adaptive sailing for the first time.

Upon moving with his family to Canada from Zimbabwe in 2001, Paul realized the impact accessibility can have on one’s daily life. The turning point in his disability advocacy came when he experienced a potentially life-threatening situation first-hand. From that moment, Paul became determined to take a more active role in making sure spaces are safe and accessible. In addition to advising organizations on accessibility and inclusion, Paul speaks at events for various audiences including high school students, university students, and church congregations. Paul hopes to engage the wider community in disability rights through community outreach.  Paul’s Storytellers video. 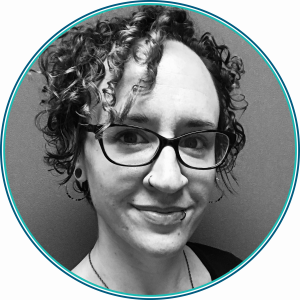 Bethany Gehman, M.Ed, identifies as Deaf, has more than six years of experience in providing sexuality education and professional training for Deaf, DeafBlind, DeafDisabled, Hard of Hearing, and Late-Deafened communities. Bethany is currently working as a sexuality educator for Deaf, DeafBlind & Hard of Hearing Educational Program at Family Tree Clinic in St. Paul, Minnesota. Bethany provides sexual health education for people of all ages, conducts professional training, and promotes affirming and comprehensive sexuality education in Deaf K-12 academic programs. She strives to connect with the community through her videos and interactions through her workshops / training. Advocacy and education cannot happen without genuine connections. Learn more about Bethany at bethanygehman.com.