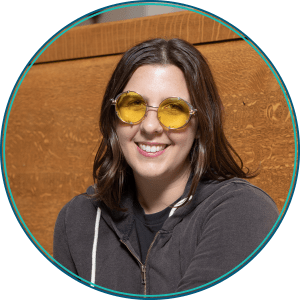 Allexa Laycock is a filmmaker, editor, and a Creative Director at Rooted in Rights. Allexa has presented on accessible media at Netroots Nation, for the City of Seattle, and to non-profits and other organizations around Washington State. She also leads training on creating self-produced, accessible advocacy videos. Previous training includes partnerships with the DO-IT program at the University of Washington, of which she is a Comparative History of Ideas and Dance alumni, and Mental Voices Africa, a Kenyan advocacy organization for those with psychosocial disabilities.

Clark Matthews joined the team 2016 and now leads original video production out of the Seattle office. This allows Clark to combine two of his biggest passions: filmmaking and disability rights. Clark’s media collaborations with artists and activists of mixed abilities have played at film festivals around the globe. His work in disability justice has led to involvement with organizations like National ADAPT, the American Association of People with Disabilities (AAPD), Not Dead Yet, the International Society for Disability Studies and more. Clark graduated from Temple University with a degree in Film and Media Arts. 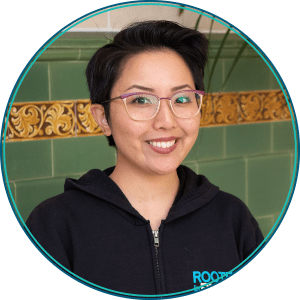 Rachel Miyazaki assists the Rooted in Rights Creative Directors by coordinating video production and engaging in community outreach. She is also a member of Disability Rights Washington’s Diversity, Equity, and Inclusion Committee. Rachel was selected for Project Sleep’s Rising Voices of Narcolepsy program in 2018, and her piece, “The Awakening”, was published by Brain Mill Press in 2019. In her spare time, Rachel enjoys tending to her ever-growing collection of houseplants and researching her indigenous Ryūkyūan heritage. Rachel holds a B.A. in Asian Studies with a minor in International Studies from the University of the Pacific and a Master’s in International Education Management from the Middlebury Institute of International Studies. 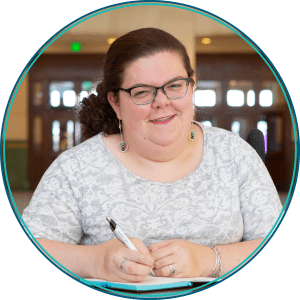 Emily Ladau is a passionate disability rights activist and digital communications consultant whose career began at the age of 10, when she appeared on several episodes of Sesame Street to educate children about her life with a physical disability. A native of Long Island, New York, Emily graduated with a B.A. in English from Adelphi University in 2013. In 2017, she was named one of Adelphi’s 10 Under 10 Young Alumni. In 2018, she was awarded the Paul G. Hearne Emerging Leader Award from the American Association of People with Disabilities. Emily’s writing has been published in outlets including The New York Times, The Daily Beast, Salon, Vice, and Huffington Post. She has spoken before audiences from the U.S. Department of Education to the United Nations. All of Emily’s activism is driven by her firm belief that if we want the world to be accessible to people with all types of disabilities, we must make ideas and concepts surrounding disability accessible to the world. For more on Emily’s work, visit Words I Wheel By. 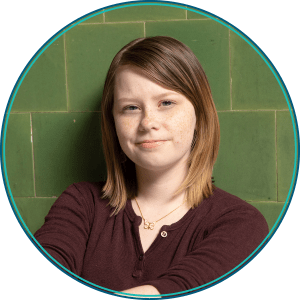 Courtney Cole joined the Rooted in Rights team in 2016 as a Creative Intern, working in the Seattle office. In September 2017, Courtney accepted a position on staff as a Creative Production Assistant. She assists in the production of videos and other media content. Currently, Courtney studies at Seattle Central College, pursuing an Associate of Arts degree. During her spare time, Courtney participates with the DO-IT (Disabilities, Opportunities, Internetworking, and Technology) program at the University of Washington, writes for the Rooted in Rights blog and other publications, and enjoys exploring Seattle. Read Courtney’s Rooted in Rights blog posts here. 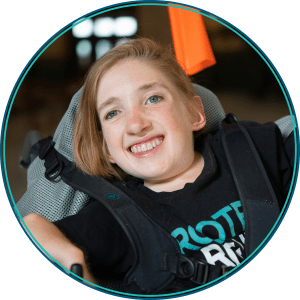 Vanessa’s involvement in disability rights started when she participated as a camper and intern at DO-IT, a technology-focused college prep camp at the University of Washington for college-bound high school students with disabilities. After high school, she followed a passion for graphic design to an Associate in Technical Art Degree in Multimedia and Interactive Technology from Skagit Valley College. In 2016, she joined Rooted in Rights as an intern, working from her home on Whidbey Island to aid the creative team in the production of graphic design projects for disability rights organizations across the country. Currently, she is pursuing a B.A. in Disability Studies at the University of Washington.